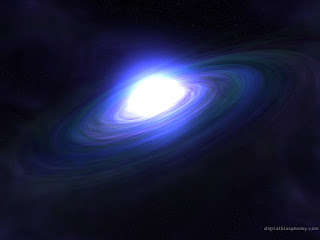 Unfortunately those who lay so much emphasis on Bible scriptures such as Mark 16 can get a bit stuck. They believe all Christians should be able to show five definite signs as measures of salvation, including healing for the sick and speaking in tongues. So when desease hits and life is tragically taken away, the egg hits the face and the god built on such ridiculous doctrines looks like an idiot. Sad for the real God, should he exist. I've never seen any supernatural evidence to say that he does.

As we exponentially increase our knowledge and write off brain theories about our into facts, we start to get a grip on how we think and where we fit into this universe. Neural pathways are burnt into place after 'facts' are believed, and those pathways, once linked, do not unlink easily. We LEARN untruths. We fall in LOVE with people and ideas. Have you ever tried to fall out of love? It's easier to open a can of beans with a banana. That's why people hang around in cults for so long.. even until death. Habits and addictions burn neural pathways and those things just don't change easily.. they can change though. Girls, don't try to change him. You can try but be ready for a battle.

Quantum physics is fast becoming a new age religion, but is it rather an old age one coming to the surface again. God is becoming less of a mystery. We are the shapers of our own destiny. Reality is a mental construct built piece by piece from the things we've seen and heard and felt and smelt. The pursuit of QP puts an interesting twist into the good old Psalm 82:6 and John 10 - "I said, ye are gods".

Death will come. Along with pain, sickness and sorrow. Taxes will come. George Lucas will release another Star Wars box set. life goes on as sadly and as joyfully as it has for thousands of years. It'd be great to have faith that everything's gonna be alright but unfortunately that isn't the case. If you follow bible history you'll note it's full of blood and death. We are the gods and we shape it with the power given to us. Gee, don't think it strange, this fiery trial! My best friend just had a baby and it makes me think about the world we're letting the little guys into. If you let your children grow up in a church where they are shocked by death and sickness they you aren't preparing them for reality. That sux.

On one hand, to believe in an intelligent mulitiuniversed sized spiritual being who could create infinity faster than I could microwave a sausage, is to believe that he is also the same deity who turns a blind eye when countless unfortunate subordinates encounter tragedy and pain. The beings he creates and loves are raped, murdered and cruelly treated under his care, by each other. This is completely out of line God. You have a responsibility. Heck, I feel terrible when I buy guinea pigs for the kids and the things die due to negligance. I don't deserve to own Guinea pigs, rats, hermit crabs, goldfish or sea monkeys. At least I won't continue to torture the guinea pig if it chooses not to believe in me. The concept of hell is ridiculous.

I'm a teacher but I'm no scholar. I've spent 98.3 percent of my life watching Happy Days and M*A*S*H and the rest of it at church gatherings. I don't have a head knowledge of carbon dating or Darwinism because, as I've mentioned, I've got far too much TV to watch and rewatch and they keep making damn movies I HAVE to see. Hopefully my kids will excel in life and end up on an island sipping lattes and feeding the poor in their spare time, despite their lazy father. Me, my life achievement... I lived until I died, and I'm pretty comfortable with that because I'll be dead in fifty years anyway... hopefully not quite that long.

I don't believe in hell at all so what's the worse thing that can happen in the next life? Either non-existence or ruling and reigning like the Justice League, fighting non existant supervillains who were all wiped out when Satan was done away with. Perhaps we'll let him out every now and again just so we can poke at him and see what chaos he unleashes on our Sim-cities. Or the other possibility, that we're going to be standing around praising God for being so big and great... gee, that'll get old after the first fifty thousand years... Hands still up in the air, leaning against the golden mansions, shuffling our feet saying, "yeah, god is awesome.... so big and so great... man I wish I still had tastebuds... and that other thing".

IF there IS a God.. well, there better be some great 'M. Night Shyamalan' twist coming to make up for the crappy story so far. I hate these 'Choose your own adventure books' (Just how many cultural references can we get into this thread?). Perhaps it'll be like the Matrix... God will end up with his figurative 144 000 and wipe out the memories of everyone else who ever lived (consuming hellfire?). Perhaps the universalists have got it right and every soul goes into the next spiritual realm after receiving the appropriate smacks for accumulated sin or ignorance. God forbid the Revivalists have got it right and only the remnant of Bible bashing gibberish Jockeys will squeeze into the throne on the right hand side of Jesus to rule over the others(?) in some sort of dictatorship system. ...who are the others(?) they will reign over? Possibly all the well meaning Old testament heroes who did their best... sheeesh I dunno. Sounds stupid.

If I ever saw a row of spring water bottles turn into quality wine or someone surfing upright without a surfboard, or a whole crowd of people fed completely from a couple of McDonald's Fillet o fish, I'd be pretty much sold to the idea that the supernatural miracles are accessible and possible. Unfortunately I haven't seen any miracles come close to the grandeur of stopping the wind and waves described to us in the bible.

All I've seen in my old cult church was people, who could once speak intelligibly, now speak in gibberish. I've seen healings that were prayed for, for ages, until the healing came... or didn't... or if it did, it wasn't for long. I can't even think of any other miracles that were prophesied to be wrought. Even the prophesies were never prophetic. The only miracle I saw was how quickly the food used to disappear when placed out for supper.

I've searched out this life for something supernatural... something of a nature not defined by physics. I studied the crop circles, I slept in places I've heard ghosts roamed. I've been to mental hospitals to check if the residents are actually possessed by demons or are simply mental. I've read and heard stories from very genuine people (including my wife) who testify to feeling and seeing dark forces. Studies have seen how the visions we see in our deep sleeps can blur over into real life at times of weakness. I have sought and I have studied but I have never personally seen one skerrick of evidence that anything beyond normal physics and the natural world exists.
But if it did... Well, you wouldn't be able to shut me up. If I saw a four day old dead man rise from his tomb, that'd be just about all I would talk about for the rest of my life. I would build websites and forums and write books and go on tours because I would KNOW... I would BELIEVE... I wouldn't care what anyone said because I would have experienced it. Everytime someone spoke to me I would always be going on about the real miracle.

Heck, my mum-in-law's husband says he saw the chair in his kitchen move 6 inches by itself. EVEN THAT would give me something to work on. With that I could start making connections and assumptions about the universe. It would prove that there are other forces outside of our own - alive and moving around - for what purpose, I dunno. It would mean that perhaps, just perhaps, there is another force working with us on some level. That would give me hope and maybe some peace.

But I haven't seen or heard any evidence and must concede to the painfully logical concept that this life is tediously boring and existance in itself has very little relevance to the rest of the universe, whether it be physical or spiritual.
at Friday, February 16, 2007

Email ThisBlogThis!Share to TwitterShare to FacebookShare to Pinterest
Labels: Deep musings of a Moth, Evolution vs Creationism, Questioning God