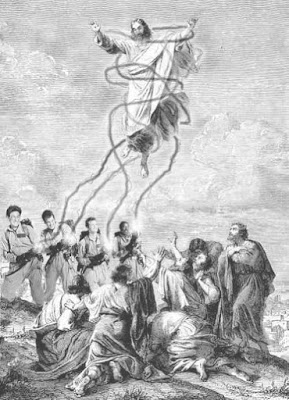 That's right. Ghost stories. Any video or audio content containing ghosts or monsters needs to be reported to authorities in the next few weeks. Reuters quotes the administration in saying that offending content includes "wronged spirits and violent ghosts, monsters, demons, and other inhuman portrayals, strange and supernatural storytelling for the sole purpose of seeking terror and horror.

"Reuters suggests that China "is keen to step up its control of the cultural arena ahead of the Beijing Olympics in August, which are widely seen as a coming-out party for the rising political and economic power." Link

Watch out Christianity... I'm sure the whole 'Hell' thing ain't gonna wash with the Chinese watchmen.
at Tuesday, February 19, 2008

China is a bunch of fffffffff fanatatics, lunatics..... How damn weird! Piss on the Beijing Olympics as well... Free Tibet!

Haha...I'll pay that one Mothy.
I liked your take on it.

btw who is calling "China a bunch of fanatics"?

Wouldn't be american by any chance?Haahaha..